Advanced Micro Devices (AMD), known for their hugely successful line of PC microprocessors, were launching their ATI Radeon series of graphic cards in India. This was a big moment for AMD, as the Radeon 4800 series was truly groundbreaking for its time. It had the power of delivering cinema-quality video gaming experiences, and every gaming enthusiast in the country was eagerly awaiting its release.

The PRactice was given the mandate of launching these cutting-edge devices and positioning AMD as a true thought leader in taking cinema and gaming to the next level. AMD had demonstrated its cinema 2.0 experience in San Francisco earlier, saying “You won’t just play movies, you will play in them”.

The PRactice conceptualized the idea of Bollywood 2.0, an event where the audience would be treated to a cinema-realistic, Bollywood gaming experience. The event was organized in Mumbai and was attended by prominent journalists and reviewers, who were astounded by the demonstration. Also in attendance were industry experts Jules Urbach, and Vishal Gondal, who highlighted how this technology will open doors for the most compelling entertainment experiences ever. A separate session was also arranged for reviewers and product samples were circulated.

The result was better than anyone expected, with all major dailies, trade magazines and online publications carrying large feature stories on the product, calling it “Return of the Radeon”. Key technology review magazines like CHIP, PC World, PC Quest, DIGIT, Living Digital and Tech Tree were totally bowled over by the card’s capabilities. The ATI Radeon 4870 card managed to secure the ‘Best Graphic Card’ title in GPU shoot-outs conducted by these magazines. Following this, the card was also featured on NDTV in the ‘Next Big Thing’ show. 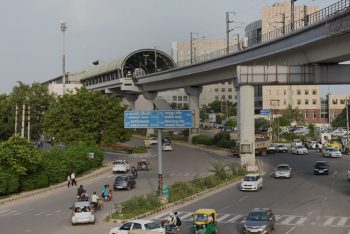