Members of our AgroEnergy vertical spent an afternoon interacting with the farmers at Mandothi village on the outskirts of Haryana to understand the ground realities. The farmers told the team that while stubble burning exists, it largely depends on the kind of crop that is being grown. There are two types of stubble residue – one that is used as animal fodder due to its high nutritional value such as wheat and maize. And two, crops such as paddy are burnt as it contains silica that is harmful to animals.

The team also discovered that contrary to what is being reported in the media, farmers are now monetising stubble waste rather than burning it. Stubble and agricultural waste are being used to manufacture briquettes, which are used as a substitute for coal to fire boilers.  Briquettes are a better alternative to fossil fuels as they are renewable and have a consistent calorific value.

We also found that farmers are open to newer technologies and ideas to minimise stubble burning. However, since they are not tech-savvy they expressed a desire to be educated on the usage of these apps.

Their openness to the idea of selling agro waste as biomass can also lead the way to the creation of not only a green but a circular economy by opening up avenues of rural employment. To achieve this, there needs to be a change in the existing industrial culture that will increase farmer participation.

The Indian Agricultural Research Institute has developed a microbe that quickens decomposition and converts stubble to compost, which consequently improves soil quality. Tractor-mounted extension machines that sow wheat while simultaneously removing straw and depositing it over the sown land have also been introduced. However, such technologies have high operational costs. For farmers, burning the residue is a quick, inexpensive way to clear the field. Machines, on the other hand, involve costs that can cut into their profit margins, even when they are rented from hiring centres or cooperative societies.

The government is also providing financial incentives that include subsidies on agricultural machinery. Apart from subsidies, the government is also launching awareness campaigns and educating farmers about the adverse environmental impact of stubble burning. The Haryana government, in fact, plans to introduce a policy that will encourage farmers to cut, bale and store stubble to create a conducive environment in a bid to attract private investment in biomass power projects.

Stubble is a raw material for biomass – a viable source of renewable energy. As biomass decomposes easily, enterprises that help to create biomass banks can help in addressing this problem. Besides solving the pollution issues stemming from stubble burning, such policies will also create employment as rural enterprises can collect stubble from mid to small-sized farmers, arrange transportation to biomass banks, and then send them to processing plants.

The opportunities are multiple. The need of the hour is to disseminate information about these opportunities and educate farmers throughout the country that the lowly stubble, which was previously wasted, holds the key to employment and a better standard of living. How 5G Will Transform India’s Business and Economic Landscape 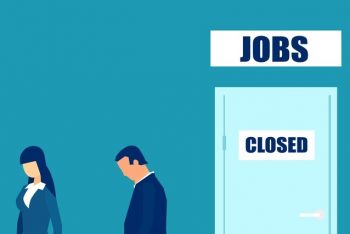 What Employees can do to Survive Hiring Freezes and Layoffs